Customers who live in the 319 and 515 area codes will have to start dialing the area code and phone number to complete a call starting in October. The reason for the change is a new 3 digit code, 988, will be introduced in the coming months for the suicide prevention hotline. To prepare for this dialing change some equipment may start to prompt users to use all 10 digits starting in late April.

Under a new Federal Communications Commission rule, people who live in the 515 (Central Iowa) and 319 (Eastern Iowa) area codes will have to dial both the area code and phone number when making a call, even if it’s to a number within the same area code.

Many cellphone users have had to dial 10 digits for quite a while, so this change many not be that impactful to them.

The policy takes effect Oct. 24, but callers who want some time to get used to the new procedure can start 10-digit dialing on April 24. After Oct. 24, calls made without the area code may not go through, and callers may get a recording reminding them that they must dial the area code.

Phone providers like CTC Technology and others are sending notices to alert customers to the change. Around the country, about 85 area codes are affected.

The reason the change is happening now involves the planned addition of a three-digit number, 988, that can be called to reach the National Suicide Prevention Hotline from anywhere in the country. Advocates are working to help people know the new 3 digit code. The goal is for everyone to know what 988 is for just like they know that 811 is for OneCall, that 911 is emergency number and that 211 is a help/information line.

Area codes (like 515 & 319) that have communities using 988 as the prefix for some seven-digit phone numbers must move to 10-digit dialing so their systems can distinguish between calls to the suicide prevention line and those to local numbers. The 988 number will be activated in July 2022.

Ten-digit dialing already is in effect in about 350 area codes around the United States, beginning in 1997 in Maryland. It’s common in large metro areas where the proliferation of cell phones has led to most of the available numbers in the original local area code — 212 in New York, for instance — being claimed. When that happened, so-called “overlay” area codes were added — in New York’s case, six so far. Ten-digit dialing allows residents in those areas to continue being able to make local calls, even to users assigned one of the newer area codes.

In Iowa, some residents of western Iowa who were accustomed to making seven-digit calls to a neighboring area of Nebraska had to start dialing 10 digits in 2010, when the 402 area code, which includes Omaha, got the 531 overlay area code. 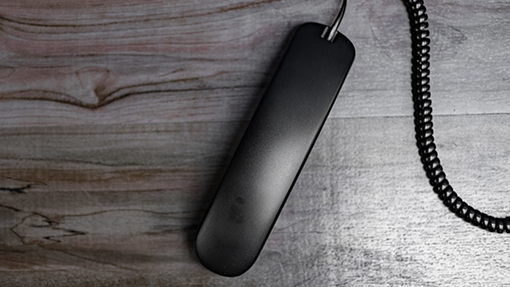